JAN BERRY AT A GLANCE
By Mark A. Moore
Author of The Jan & Dean Record 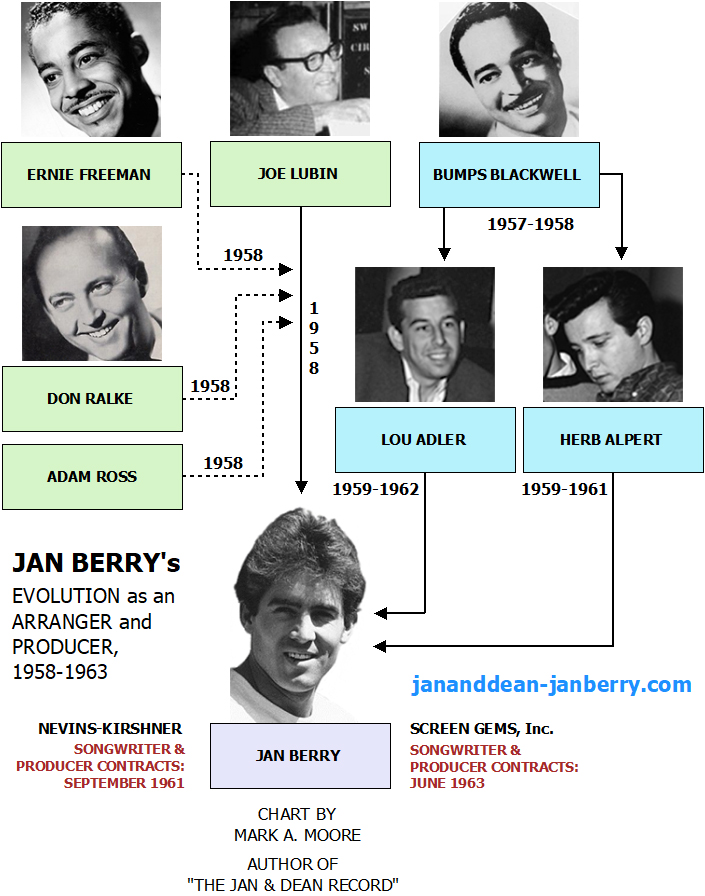 • Chart Albums — 10, including five Top 40, as charted by Billboard and Cash Box

• Staff Songwriter and Record Producer for Nevins-Kirshner Associates — Signed in September 1961; Writer and arranger for Jan & Dean; Writer, arranger, and producer for other artists

• Staff Songwriter and Record Producer for Screen Gems-Columbia Music — Signed in June 1963; Writer, arranger, and producer for Jan & Dean and other artists

• California College of Medicine — Enrolled in medical school in September 1963

• Music In Film — “Come On, Let Yourself Go,” The Matadors; Co-writer, Arranger, and Producer; The New Interns, Columbia Pictures, July 1964

• First Stage Appearance after the Car Accident — With Deane Hawley at The Other Place in Hollywood (guest recognition), February 1967

• Carnival of Sound — Written, arranged, and produced between April 1967 and October 1968

• Guest Appearances and the Brooklyn Fox Reunion —Jan & Dean with Celebration, the Aloha Band, and the Beach Boys, 1978

Life can have a higher meaning in a Carnival of Sound