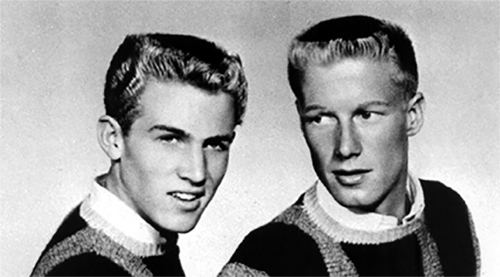 • January 1959 — Jan was awarded a diploma from University High School. He should have graduated with the summer class of 1958 (the Vagabonds) but finished a half-year late.

• January 1959 — After contributing to a single for the Rituals for producer Joe Lubin on Arwin Records,  Arnie Ginsburg retired from the music business. He enlisted in the U.S. Navy in May 1959. When his military service ended, Arnie returned to L.A. and entered college, attending the University of Southern California at the same time as Dean Torrence.

• November 1959 — Jan & Dean performed as part of the 19th Show of Stars at the Civic Auditorium in Hilo, Hawaii.