Gone are the days when listeners have to rely on bootlegs from poor quality acetates to experience this lost treasure. There is no such thing as a good bootleg of Carnival of Sound. Until now, almost no one has heard this music from the original master tapes, or in the quality presented on the new Rhino release.

Produced by Jan Berry between 1966 and 1968, Carnival of Sound features music the Jan & Dean leader had started recording before his crippling 1966 auto accident — tracks that Jan returned to the studio to finish after he was released from the hospital. A number of cuts on the album were also recorded entirely after the crash.

As with Jan’s pre-accident productions for Jan & Dean, Carnival of Sound was recorded in the Hollywood studio system. It features the famous Wrecking Crew of musicians and A-list studio singers, including Glen Campbell, Ron Hicklin, and Tom Bahler.

This is what Jan Berry was up to in the studio while Brian Wilson was working on Smile, Wild Honey, and Friends with the Beach Boys.

This era of Jan Berry’s recording career was completely ignored in the 1978 Jan & Dean film biography Deadman’s Curve, and was also noteably absent from Paul Morantz’s 1974 Rolling Stone article on which the movie was loosely based.

The liner notes — written by Mark Moore, Domenic Priore, and producer Andrew Sandoval — place the album in its proper historical context with an essay and a detailed chronology.

The album debuts in February. Join the Rhino Listening Party and order your copy today. 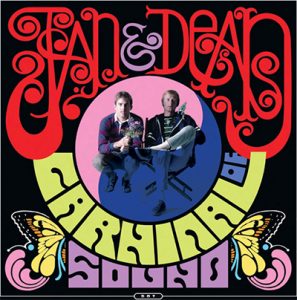 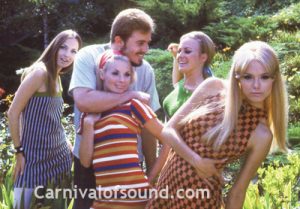 Rainy Days in a Carnival of Sound 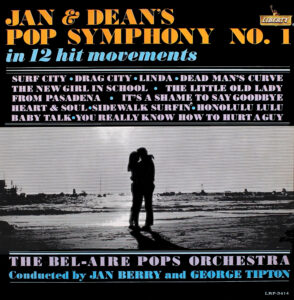